From Aspiration to Transformation: Meaningful Progress in Women, Peace, and Security in the Next 20 Years 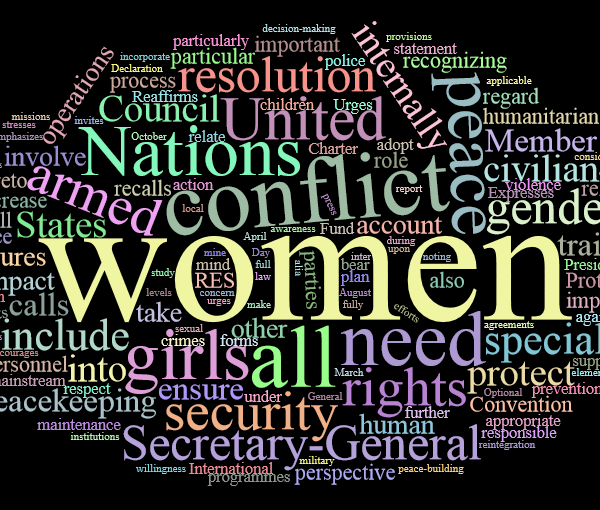 Fifteen years ago, the United Nations Security Council adopted Resolution 1325 to promote women’s participation in peace negotiations and operations, protection of women from sexual and gender-based violence, and prevention of violence against women. These principles have inspired official policies—also called national action plans (NAPs)—in 50 countries and counting. Yet, the effective implementation of NAPs has been meager.

What actions still need to be taken to ensure women’s meaningful participation in peace processes and to prevent violence against women? On July 21, panelists joined the Society for International Development – Washington’s Gender and Inclusive Development and Crisis, Conflict, and Transition workgroups to explore inclusive approaches to peace and security over the next 20 years.

Evelyn Thornton, CEO of The Institute for Inclusive Security, underlined lessons learned that could point us in the right direction. Most notably, we know that peace processes representing different sectors in society are 64 percent less likely to fail than processes that only include armed actors or political parties.

In the mid-1990s, Donald Steinberg now President and CEO of World Learning, served as U.S. Ambassador to Angola and as a member of the commission implementing the peace accords in Angola. Steinberg reflected on how women’s inclusion in the Angola peace processes could have made it more effective. Instead, with no women at the table, issues such as internal displacement, sexual violence, and accountability for abuses were missing from the flawed agreement.

In Sudan and South Sudan, women’s lack of participation in the bilateral peace negotiations spurred the launch of the Taskforce for the Engagement of Women to ensure decision makers hear women’s voices. Taskforce member Huda Shafig stressed that women’s ownership of the peace process is key for successful peace agreements.

Gary Barker, International Director and Founder of Promundo and co-chair of MenEngage emphasized that men’s inclusion in fostering peace and non-violence, and engaging them to support women’s leadership, is also critical. He remarked that we still need to look further upstream to prevent men from perpetrating violence and to question the connection between militarization and manhood.

Echoing many of the statements and recommendations of his co-panelists, Steinberg offered eight concrete recommendations for the women, peace, and security agenda in the next 20 years:

Learn more about the yearlong series: Beijing+20: What Does Meaningful Progress Look Like?: