Women and Health: Reflections on the Beijing+20 Platform for Action 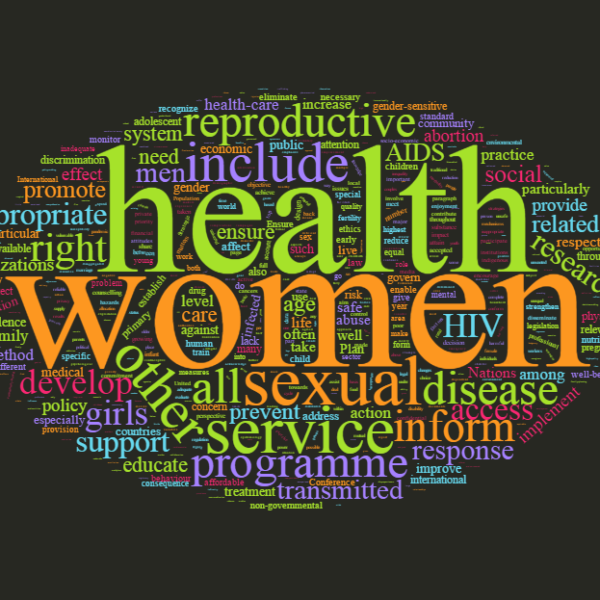 Inequalities between men and women and among women are barriers for women to attain the highest standard of health. Addressing those inequalities and securing women’s equal right to and control over their health throughout the life cycle are critical for ensuring women lead healthy and productive lives. These arguments made in the 1995 Beijing Platform for Action’s Critical Area of Concern on Women and Health established a transformational approach to public health that still has not been wholly embraced by public health practitioners today.  The Society for International Development’s Gender and Inclusive Development Workgroup Beijing+20 October discussion series event’s moderator Debbie Caro, Co-Director, Cultural Practice, LLC, called on a panel of experts to review the extent to which the gender equality mandate of the Platform for Action has  been adopted by national governments, donors, and implementing organizations, how it has contributed to improvements in the health of women, men, boys, and girls, and what remains to be done.

What improvements have been made?

In many developing countries, evidence shows a smaller proportion of women reporting barriers to accessing health care including getting permission to go for treatment, getting money for treatment, distance to health facility, and not wanting to go alone. Increased mobile outreach to bring services closer to women and their families were cited as contributing to this improvement. Additionally, maternal mortality has seen a 45 percent reduction from 1990 to 2013 and prevalence of contraceptive use is up from 1990 and 2010 by about 10 percent in developing countries.

Where is there room for progress?

Gender-based violence (GBV) is one area which needs greater attention including mechanisms to screen for GBV. Intimate partner violence, a form of GBV, is linked to reproductive health issues, sexual transmitted infections, HIV, depression, and post-traumatic stress disorder. A 2014 study shows that, according to demographic and health surveys, 10 percent of married women in 28 developing countries experienced this form of GBV. No multi-country study on GBV has been done since the World Health Organization’s study in 2005.

Multisectoral approaches are needed to improve women’s health outcomes. Greater investment is needed for programs that support adolescent girls’ completion of secondary and tertiary education, increasing the marriage age, address women’s access to reproductive and sexual education,  and quality and safety of healthcare services. Panelists noted that while health-specific technologies are essential, other types of technologies like mobile phones can have an impact on improving women’s access to health services. Government commitments to gender equality and continued investment in health systems also contribute to the enabling environment to address women’s health needs.

Learn more about the yearlong series: Beijing+20: What Does Meaningful Progress Look Like?: