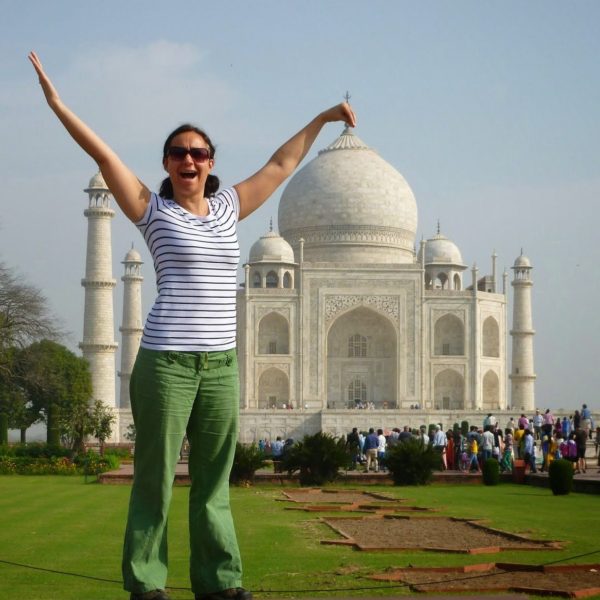 I did it. For years I’ve been saying I would do it but just hadn’t. And then I decided to take the plunge and I’m wondering why I did it at all. This is a story about my big con – what I did, why I did it, and what I learned as a result.

What I did: I wore a wedding ring on a solo work trip.

Why I did it: I am a single, thirtysomething year old, who spends her working hours advocating for gender equality. I travel all over, often on my own, and at times feel out of place and unsafe. I wondered whether wearing a wedding ring would make me feel safer. Perhaps it would ward off advances or potential advances from men. I thought it might reduce the number of times I was asked about whether I had children or a partner. As I get older I am also acutely aware of the differences between me and the many women that I interview. I have no children and no husband. I wondered if presenting a version of myself that conformed to other people’s ideas about what was appropriate for a woman of my age might make a difference to my work, my safety, or my experiences. At least those are all the reasons that I gave myself.

I know what you’re probably thinking; that I’m crazy. And maybe I am. But I didn’t spend loads of money on this ring and I don’t wear it all the time. If I was actually getting married and would be wearing a ring all the time, I would choose something a bit more beautiful from somewhere like Gema & Co (https://gemaandco.com/collections/wedding-bands). But I’m not, so I got a cheap ring just to do the job.

After a sharp warning from my sister â€“ “Just don’t start believing you are actually married” – I wore a ring on a recent trip to East Africa. Here’s what I learned:

This is absurd. I know that the ring holds no magical powers. Moreover, I know that no ring, or the institution that it represents, will protect me from harassment or assault. Over the past few months, the news about sexual harassment in the US workplace has been a horrifying reminder that no matter what women wear (or don’t wear), where they work, or what they look like, they are subject to unwanted advances and harassment. In a recent Economist/YouGov poll, 60% of surveyed women in the US reported having been harassed by a man.[i]

And yet, I felt that the ring offered me a refuge; protection from advances and uncomfortable situations that might have been.

I quickly realized my experiment was not about conforming to other people’s ideas of what is appropriate for a woman of my age. Instead, and some of you may have spotted this one rather quickly, wearing the ring represented my own anxieties about my marital status (or lack thereof) and this was hard to admit. Despite living in a country where the proportion of unmarried women in 2009 narrowly increased over married women (50.1% to 49.9%), I still feel certain pressures, my own or others, to marry.[vi] And if the social pressures remain challenging for me in the US, where the unmarried woman can legally open a bank account, control her own income, and buy property without the help of spouse or male relative, what does it mean for unmarried women who also face economic and legal constraints?

I did not like the idea that when asked about my marital status that I had set myself up to lie. The people I met and worked with on my trip did not deserve this lie. You could argue it was harmless, but it was nonetheless a lie. I hope that the men and women I interview will be honest with me and they deserve the same honesty from me.

What’s more is that I realized that in my pretend marital status I might be placed in a situation in which people asked me about my married life. I have been in more than one interview where women have asked me and my co-workers if our husbands beat us too or whether we discuss how to handle income with our spouses. Women ask because they want to relate to you and want to understand what life is like elsewhere. I could probably provide a reasonable answer to the questions referencing the experiences of married women I know. Yet, I would miss the opportunity to offer an honest and alternative scenario for women to imagine, if not for themselves, then for their daughters: that women’s lives can be full and fulfilling in different ways. This presumes of course that women have the ability (and the resources) to make choices for themselves, a critical element of women’s empowerment, but that’s the subject of another blog.

Despite having read hilarious articles about fictional families, I had spent absolutely no time developing my story. All I had was a ring. What was my husband’s name? How did we meet? What did he do for a living? How long have we been married? Was I happily married? I had nothing. Moreover, the first time someone asked me if I was married, an immigration officer in Kenya, I answered ‘no’ even though the ring was sitting quite uncomfortably on my finger. My poor “husband!”

I still wear my fake wedding ring sometimes when I travel. It is a sharp reminder that while it’s a choice for me, for many women, marriage is the best avenue to resources, status, and economic security. At least for now. I hope that in the future we can change the conditions for women so that when and if they marry, it’s their choice.

Digital Tools Near the Last Mile