Women’s Work in Agribusinesses and Gender-Based Violence: What Do We Know? 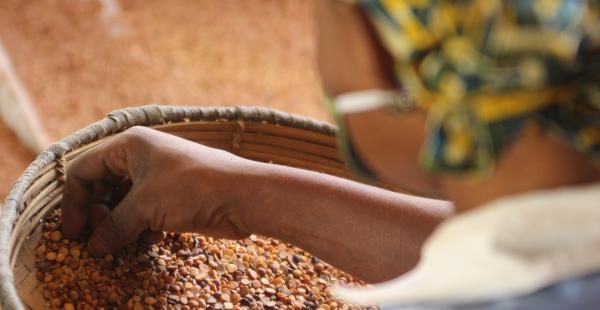 Recent attention to sexual harassment in many fields, exemplified by the #MeToo movement, has revealed the pervasiveness of gender-based violence (GBV). Women from diverse backgrounds have stepped forward to report the abuse they have experienced in different environments, including the workspace. Workspace safety is clearly much more than placing health and safety posters (click here) on the walls and preaching about fire exits. Although these things are obviously crucial for a safe workspace, there are deeper rooted issues occurring. With regard to the agriculture sector, women working in fields, plantations, greenhouses or packing houses – often as informal or temporary workers without secure contracted employment – are not immune to these incidents.

Comparable data on incidences of GBV in agribusinesses at a global scale is limited; however, some self-reported data exists from studies in different geographic contexts (Henry and Adams 2018). In Ecuador, nearly 55 percent of women reported experiencing forms of GBV in the export flower industry (Mena and ProaÃ±o 2005). Women in the export tea and rubber industry in Sri Lanka reported experiencing many forms of harassment like men holding their hips, coworkers spreading rumors about women’s relationships with men coworkers or other serious offenses like attempted rape (Wijayatileke and Zackaria 2001). In Kenya, among 40 women cut-flower industry workers, 90 percent perceived sexual violence and harassment as the biggest challenges they face (Jacobs et al. 2015). This data and the findings from a recent report by Henry and Adams (2018) synthesizing findings on the factors that contribute to the incidence of GBV in agribusiness suggest there are many women working in agribusinesses who could report, “Me too.”

What Factors Contribute to Incidences of GBV in Agribusiness?

As highlighted in the Henry and Adams (2018) report, structural power inequalities between women and men working in agribusinesses contribute to the rate of incidence of GBV. In many agricultural industries, women do not hold permanent contracts but instead work as informal or casual workers. For example, in the cut-flower industry in Kenya, nearly 65 percent of women are casual laborers without contracts (Barrientos 2014). Therefore, their employment from day to day is determined by a supervisor, a position more often held by men than women. Women have reported that men will abuse that position of power; if women refuse sexual advances from supervisors or report the incidents, they could face increased workload, wage reduction or dismissal. In Mexico, if they denied supervisors’ advances, women reported that they would be refused a bus ride to the farm, leaving them unable to get to work (Arellano 2014). In Kenya, women said they would be dismissed if they were not compliant with their supervisor’s sexual advances (Dolan, Opondo and Smith 2004).

Many female workers may be coerced into sexual relations from men who offer time off, a promotion or reduced workloads pending the acceptance of their advances. In Ecuador, 25 percent of women in the cut-flower industry reported being offered advantages from supervisors for being compliant with their sexual advances, with almost 16 percent reporting pay raises as one of the “benefits” (Mena and Proano 2005). These “benefits” are not free from consequence. The experience of GBV can lead to a series of negative psychological and social consequences, like feelings of shame and further abuse from coworkers or family members who learn of or suspect incidents. For example, in Sri Lanka, women reported jokes being made about sexual activities (Wijayatalikeke and Zakaraia 2001). Women are also vulnerable to sexually transmitted infections, including HIV (Henry and Adams 2018).

Women with lower levels of education and literacy frequently hold low-skilled jobs, many of which lack a contract. This increases their risk of experiencing GBV from supervisors who control their employment status. As casual laborers, women cannot access protection from labor laws or join unions that advocate for their rights. Women may also lack access to information about what constitutes different types of abuse (Henry and Adams 2018). Language barriers may also limit women’s ability to report incidents (Arellano 2014).

Evidence shows that age may play a role in women’s risk of sexual harassment and experience of sexual assault, with younger women being even more vulnerable. In Ecuador, almost 71 percent of women aged 20-24 and 53 percent of women aged 25-30 experienced sexual harassment. In this context, young women were less likely to organize and were more susceptible to pressures from men than older cohorts (Mena and ProaÃ±o 2005). More research is needed to understand how women from different ages and contexts are vulnerable to GBV in agribusiness.

Women perform tasks in fields, greenhouses and packing houses, often in relative isolation from other coworkers (Henry and Adams 2018). In these settings, there are few workers to bear witness, intervene directly or call for help. Even if there are options for reporting, women may lack knowledge of reporting procedures or perceive reporting to be risky. In the export flower industry in Ecuador, only five percent of women reported incidents of GBV, because they were not always aware of how to report the abuse and were concerned they would lose their jobs if they did report it (Mena and ProaÃ±o 2005). In Mexico, while there are government services available to report incidents of abuse in agribusiness, the distance required to travel can be costly for women who already have limited income. Furthermore, women perceived that their complaints would not be taken seriously by government officials who were mainly men (Arellano 2004).

What Can Be Done to Address the Factors Contributing to GBV in Agribusiness?

1. More data is needed on the pervasiveness of and attitudes on GBV in market-oriented agriculture. This includes comparable sets of data on different types of incidents reported and the factors that could leave some women more vulnerable to abuse, e.g., location of work, age, ethnicity and male to female ratio of supervisors. Greater understanding is also needed about the attitudes of women and men in different positions of power in the workplace regarding the acceptability of different forms of GBV at home and at work. This should be complemented by a review of existing reporting mechanisms and data on the rate of incident reporting. This data is key to tailoring strategies and solutions that address underlying behaviors and can facilitate systemic change.

2. Address inequalities between women and men in agribusiness through different pathways. Increase opportunities for women to upgrade their skills to be able to be promoted to positions with greater decision-making authority. Increase women’s access to job protection rights as contracted workers. Train agribusiness communities with the goal of changing attitudes about the acceptability of GBV in the home and workspace. Implementation of strategies like these that address the cultural norms and legal as well as institutional rules (informal and formal) that govern behavior and decision-making in the workplace can make a more equitable enabling environment for women a reality in agribusiness.

3. Strengthen women’s knowledge of and access to safe reporting procedures. Many of the women who experience GBV lack access to information on safe reporting procedures. In Mexico, women formed associations with the purpose of increasing awareness about GBV and were able to make demands to make women safer, including while traveling to and from work where abuse often occurs (Arrellano 2014). Encouraging women to organize into groups could enable them to make demands and potentially create a safe space for discussing issues related GBV.

See the original post by the Feed the Future Enabling Environment for Food Security project and Cultural Practice, LLC on AgriLinks.