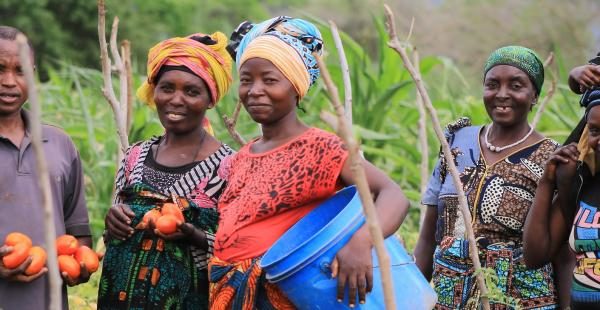 Government laws and policies both regulate and set standards that affect innumerable dimensions of women’s work in agriculture. Projects that address the intersection of gender issues and agribusiness have regularly focused attention on practices around land titles and tenure systems, inheritance and related marital regimes, and access to finance, credit, and banking. By shaping incentives for achieving women’s economic empowerment and more inclusive growth, policies and laws in these areas can help shift discriminatory social norms towards ones more supportive of gender equality.

The private sector also plays a central role in supporting women’s economic empowerment in the global food system. One avenue for doing so has been through the creation of Voluntary Sustainability Standards (VSS). These private initiatives started in the 1990s to fill the gap created by governments’ lack of capacity to regulate working conditions, primarily in rapidly expanding manufacturing industries in the U.S. and overseas. Industry codes of conduct addressed issues of child labor, wages, health and safety, and discrimination.

From their start in manufacturing, the idea of VSS has since expanded into agribusiness and from the factory into the field. The VSS establish parameters for environmentally and socially sustainable agricultural practices and fair terms of trade. The reach of the VSS has expanded greatly in recent years, now covering an estimated $31.6 billion of global trade (Sexsmith 2017). “While paying more for ethically sourced, certified products seemed a tenuous proposition at the end of the 20th century, today robust evidence suggests that [the VSS initiatives] have succeeded in convincing a great number of shoppers to ‘vote with their pocketbook’” (Bennett 2017: 54).

Private sector actors have developed different initiatives for guiding investments to achieve a range of socially and environmentally responsible corporate goals. Companies themselves benefit from VSS initiatives by creating and meeting diversity sourcing targets, acquiring a larger market share, and increasing worker and supplier satisfaction to reduce costs of training, turnover, and procurement, among others.

Some VSS include attention to gender equality as one component of sustainability. Many of the longer-established VSS initiatives focused on agribusinesses, such as Fairtrade International or Rainforest Alliance, contain a gender non-discrimination policy, e.g., addressing women’s workplace equity or women’s equal opportunities for advancement. Some also recognize the need to improve women and girls’ education, sustain living wages, and provide access to health care — all critical concerns that mirror the issues in manufacturing.

Despite both the promise and popularity, the overall results of these VSS initiatives on promoting gender equality have thus far been found to be “generally disappointing” (Sexsmith 2017). This is in part because they have not yet sufficiently addressed key issues that are characteristic of the gender disparities facing women agri-entrepreneurs and agricultural wage workers, including:

Two additional approaches needed to help close these gaps are better measurement and increased representation of women in the VSS decision-making process and its organizations.

Joint consultations over the past few years among coffee industry actors has resulted in new initiatives, such as the Sustainable Progress Framework (Global Coffee Platform 2017) and the Sustainable Agriculture, Food, and Environment Platform. These efforts emphasize the value of strengthening monitoring and measurement of progress in addressing social, environmental, and economic outcomes, including a growing interest in improving measures of gender equality.

A second direction involves a push to gain representation for women in decision-making bodies and to facilitate their participation in setting the standards. There is some evidence that certification has strengthened women’s participation in producer associations, but it is not clear if it those women have gained greater ability to hold leadership positions or to contribute to decisions taken (Sexsmith 2017). While groups that collectively set the voluntary standards involve multiple types of stakeholders, producers’ and other types of small agribusiness suppliers’ representation can be limited or nonexistent (Bennett 2017).

VSS can be valuable tools for increasing women’s participation, performance, and benefits in agricultural commodity value chains as women agri-entrepreneurs (including smallholder farmers) and wage workers. To learn more, check out the recent technical note by the Feed the Future Enabling Environment for Food Security project Increasing Women’s Profitable Participation in Market Systems. The high level of women’s participation in these industries means that adherence to voluntary standards to improve working conditions, income, and access to other benefits such as training, extension services, and supplementary services, including credit, transport, child care, and health care, can potentially have great impact.

See the original post by Feed the Future Enabling Environment for Food Security project and Cultural Practice, LLC on AgriLinks.

Elliott, K. 2018. “What Are We Getting from Voluntary Sustainability Standards for Coffee?” CGD Policy Paper 129. Washington, DC: Center for Global Development. https://www.cgdev.org/publication/what-are-we-getting-voluntary-sustainability-standards-coffee