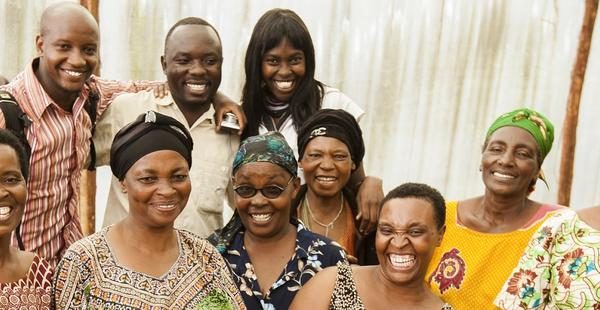 “Empowering women around the globe is the key to unlocking the economic and social potential that so many nations strive to reach. When women have the resources they need, they not only support themselves and their families, but also their communities. This spurs economic, political, and social progress throughout the world.”

The Senate bill seeks to:

If passed and adequately funded, this initiative could bolster other efforts launched this year at USAID to accomplish complementary goals. In addition to a wide range of country-level projects, global programs announced this year include:

Feed the Future country governments have also recognized the critical role of women’s entrepreneurship in contributing to women’s economic empowerment and have sought to strengthen their efforts through legislation and programming.

Several approaches have centered around providing new sources of financing for women and/or changing lending requirements to improve access for women:

Another approach involves finding ways to promote government procurement from women-owned businesses and businesses that employ many women. It is estimated that over 30 percent of GDP in developing countries is encompassed by government spending, yet of that only 1 percent goes to women entrepreneurs. Expanding women entrepreneurs’ knowledge of these opportunities could be a strong pathway to business expansion (ITC 2014).

Launched in 2010, the Global Platform for Action on Sourcing from Women Vendors, is a 10-year initiative seeking to increase corporate, government, and institutional procurement obtained by women vendors. It organizes training and facilitates market opportunities through Buyer Mentor Groups and participation in an annual Women Vendors Exhibition and Forum.

Key components in this approach include clear identification of the definition of “women-owned businesses” to set the eligibility criteria, including training for women entrepreneurs in how to access government procurement opportunities and simplified tendering processes.

Data about women’s agri-enterprises are rapidly expanding. Attention to gender is being integrated in many data collection and assessment tools.

Initiatives such as these, in the U.S. and in developing countries, are important steps in recognizing and supporting women entrepreneurs. But there is still much to learn. Governments can and should continue to support women’s access to financing as well as women’s participation in government supply chains, in clarifying the impact of policies on women’s businesses, and in ensuring that accurate sex-disaggregated data can inform the next generation of women entrepreneurs.

Read the original post by Feed the Future Enabling Environment for Food Security project and Cultural Practice, LLC on AgriLinks.