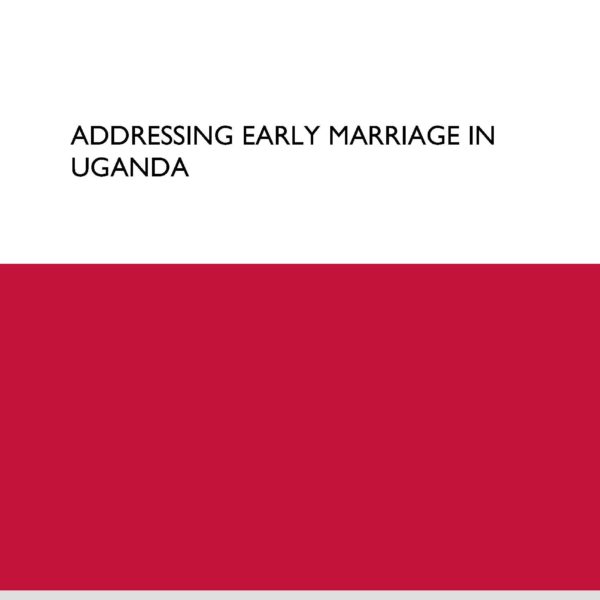 Early marriage is common in Uganda. In 2006, more than half (53%) of women ages 20–49 were married before the age of 18, which is the legal age of marriage for women in Uganda. The reasons for early marriage are rooted in traditional and social norms, as well as factors such as women’s disadvantaged status, poverty, and biases against girls’ education. From the parents’ perspective, early marriage offers protection against premarital pregnancy and provides lifelong security for their daughter. On average, girls become sexually active about a year before they marry and have their first birth about a year after marriage. According to the 2006 UDHS, for women ages 20–49, the median age at first intercourse was 16.6; the median age at first marriage was 17.8; and the median age at first birth was 18.7. The data suggest that young women under age 20 may be marrying later than older age groups and may be waiting longer to have their first child.

Livelihood Options for Girls: A Guide for Program Managers

Gender and Technology: A New Toolkit for Agricultural Technology Assessments