An Evaluation of Participatory, Multisectoral Planning for HIV/AIDS in Key States in Mexico 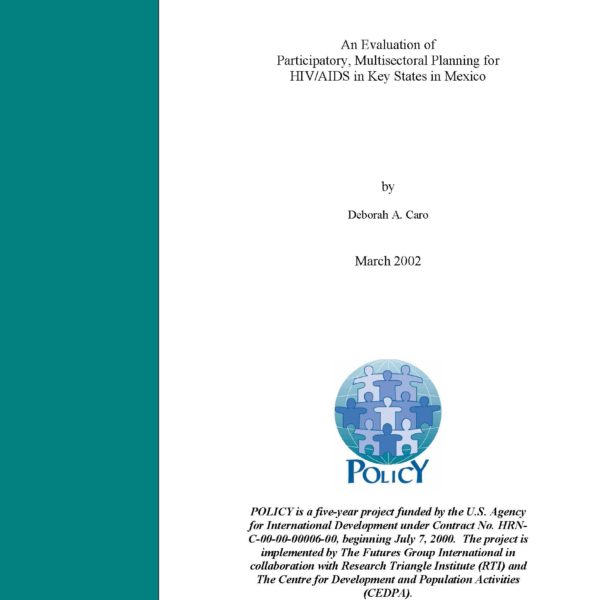 The objective of POLICY’s HIV/AIDS Program in Mexico is “to support the government’s effort to enhance the quality and sustainability of HIV/AIDS/STI services in targeted states.” The focus of the project in the three initial states of Yucatán, Guerrero and Mexico has been to promote coalition building and a participatory strategic planning process among diverse stakeholders. POLICY has worked in Mexico at the bequest of and in close collaboration with CENSIDA, the national agency responsible for oversight of HIV/AIDS services and prevention programs in Mexico.

The principal purposes of the evaluation were to understand what worked well, where POLICY’s tools have been most successful, and what could be learned from mistakes. The evaluation was also an opportunity to elicit some lessons learned from the Multisectoral Citizens’ Groups (MCGs) in the first three states where the project has been active and to codify some common principles from POLICY’s process from the varied experiences in different states. Another area of inquiry focused on identifying other complementary processes that POLICY and CENSIDA could employ to strengthen the effectiveness of governmental and nongovernmental groups in transforming the policy process in targeted states.