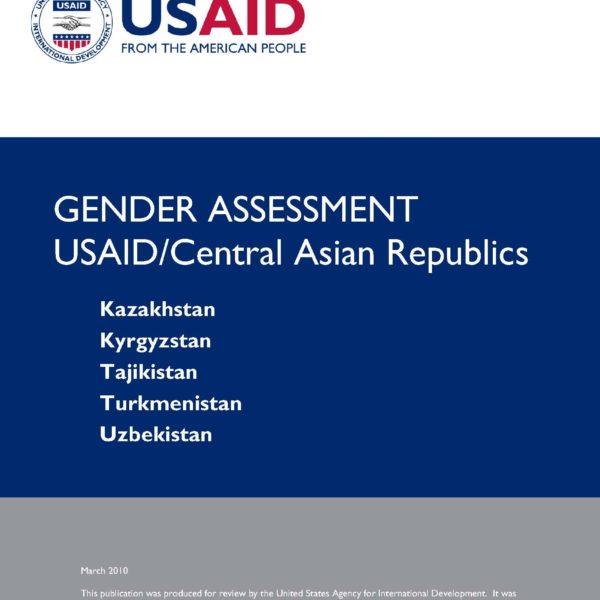 The legacy of decades of Soviet rule still affects the development of the five countries that comprise the Central Asian Republics (CAR) – Kazakhstan, Kyrgyzstan, Tajikistan, Turkmenistan, and Uzbekistan. Unlike some other countries of the Former Soviet Union (FSU), the Central Asian countries did not achieve independence through a broad-based movement with democratic leaders. The transition period since independence in 1991 has been marked by social and economic difficulties as well as political stagnation with dynastic leadership structures in most countries, where the former Communist leader of each former Republic became its first president.

Natural resources, particularly oil and gas, have provided a financial safety net for Kazakhstan, Uzbekistan and Turkmenistan, and fueled Kazakhstan’s breakout economic development in the region. On the other hand, the resource poor countries of Kyrgyzstan and Tajikistan are struggling with poverty and political instability compounded by a “brain drain” to their richer neighbors. Furthermore, tensions flare in the rich and fertile Fergana Valley that straddles Uzbekistan, Kyrgyzstan, and Tajikistan, which has a religiously conservative population. In addition to long-standing economic and political problems, outmigration, regional conflicts, religious differences, increasing gender inequalities, and the struggle to define a national identity have emerged as some new developmental challenges in the area. And, the lingering effects of a planned economy still impact all sectors of society.