Review of Gender Issues in the AIRS Ethiopia Spray Operations 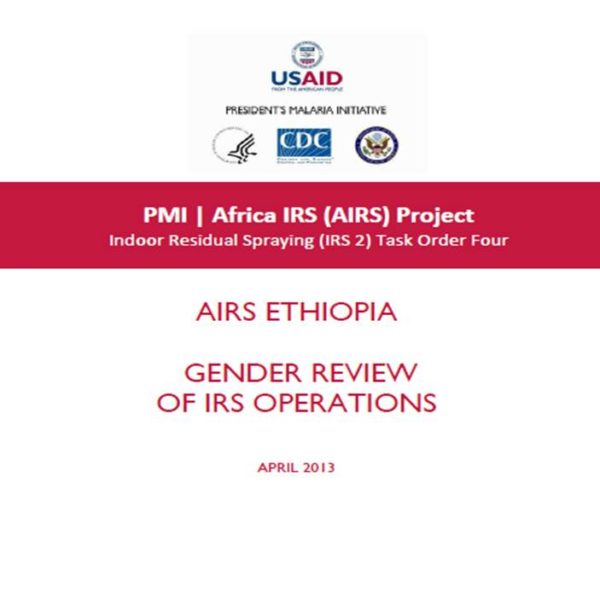 Africa Indoor Residual Spraying Project (AIRS) is Abt Associates-led program funded by President’s Malaria Initiative (PMI) to carry out spraying to reduce the incidence and prevalence of malaria in up to 17 African countries. Abt subcontractor, Cultural Practice, LLC (CP) conducted a gender assessment in Ethiopia in December 2012 to assess the extent to which women and men had equal opportunities to participate in employment at different levels of the spray operations.

The gender review focused on differences in women’s and men’s opportunities in the two different models used for spray campaigns in Ethiopia supported by the President’s Malaria Initiative (PMI), the camp-based district model and the community-based model. In 2012, only one district, Kersa, employed the community-based model. The comparison is preliminary as the community model has just been piloted for the first time and in only one district so it is not necessarily representative of how it might work in a greater number of districts with different characteristics. Nevertheless, the comparison yielded some useful initial findings. The key distinguishing factors between the two models is the role of Health Extension Workers (HEWs) in the management and coordination of the spray operations, and their leadership of spray squads in the community model. The assessment also examined the implications of these increased responsibilities for HEWs.