Sex and Gender: What is so confusing? 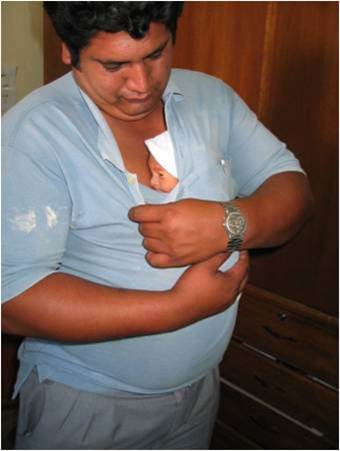 I recently reread The Giver in anticipation of seeing the movie. As it has been some time since I read the book with my children I couldn’t recall whether my memories related to the actual text or to the stimulating conversations we shared. It turns out that there was less in the book than I recalled. I also discovered passages related to my recent reflections on how to make a case for the meaningful distinction between sex and gender.

As any gender expert knows, and any gender workshop participant learns, sex refers to biological differences among male, female, and intersex individuals. Gender refers to socially defined and culturally learned differences between men and boys, and women and girls. While sex is mostly immutable except by surgery and hormones, gender is variable across different cultural contexts and historical periods. Gender identities are also shaped through intersections with other identities such as, age, ethnicity, race, and sexual orientation.

In the post-gender world created by Lois Lowry in The Giver, the author uses “male” and “female”, distinctions based on sex, rather than gender categories, such as man, woman, boy, or girl. Although, later on in the book she lapses into an interchangeable designation of people as male and female, boy and girl or man and woman. In Lowry’s dystopian society there is no difference between the types of jobs that “females” and “males” can aspire to and occupy. Both sexes appear to be treated equally in school. The father of the protagonist works as a nurturer in the infant/birthing center, and his mother is a judge. At age twelve all “males” and “females” are assigned jobs by a committee of elders who try to match the personal characteristics, interests, and affinities of each child to an appropriate job.

Even so, some remnants of gender differences emerge in the narrative– boys and girls have different haircuts, up until age nine girls wear ribbons in their hair, and boys wear short pants, and at age 11 boys, but not girls, wear pants with a pocket for a calculator. An imbalance in power does not seem to be associated directly with these distinctions. The only explicit reference to gender inequality has to do with women whose job it is to serve as birth mothers to produce children for other families to raise. All other adults are abstinent and raise children who are not biologically related to them. It is not clear who the biological fathers are. The birth mothers are treated royally through three pregnancies and births. Then they become laborers, with the implication that both jobs are of particularly low skill level and little prestige. Are these quaint vestiges of a prior social order or subtle messages about gender identities and roles?

The discovery of inconsistencies in references to gender as male and female, and interchangeable use of male and boy and female and girl in The Giver stimulated some new thoughts about how the distinction between sex and gender continues to confound the majority of us.

The distinction between sex and gender is significant because the terms refer to very different phenomena. Sex defines biological characteristics of individual bodies. It is therefore a term that identifies an individual. It is possible to describe female or male characteristics without comparing one to the other. Gender, in contrast, is a comparative term that refers to normative behaviors, roles, responsibilities, and aspirations associated with the category women relative to the category men. Many socially defined differences between men’s and women’s roles and behaviors are linked to unequal power and rights, which result in inferior status and discriminatory treatment of women.

Confusion about the difference between gender as a socially constructed category and sex as a biological distinction arises from the naturalization of gender differences. Many cultures, including in those in the West, construe and rationalize gender inequalities as innate, sex-linked, and unchangeable, which creates considerable confusion about the mutability of gender relations. There are also linguistic challenges in many languages to articulate the difference between sex and gender consistently according to the definitions. For instance, it often sounds more awkward in English to use women, men, boy, or girl as adjectives, such as boy and girl students instead of male and female students. The use of male and female seems both expedient, inclusive of boys and men, and girls and women, and more comfortable. The title of the recent USAID Gender Equality and Female Empowerment Policy reflects this linguistic expediency at the expense of conceptual accuracy.

The contrast between sex and gender as distinct concepts is important precisely because gender identities, roles, relations, responsibilities, and power differentials vary and change over time, in response to both internal social dynamics and external influences or interventions, while sex does not. Gender analysis is a methodology for perceiving gender differences, understanding why those differences occur, and identifying how and when differences are discriminatory.

While gender analysis often starts by mapping patterns of differences between males and females collected through surveys, there would be very little point to do a gender analysis if it were limited to reporting on how male and female bodies are distributed across different activities and roles, without inquiring into the social system that underlies the patterns. Patterns of difference identified in relation to male and female bodies, are meaningless without situating them in a social system that ascribes them with meaning, relative value, and power, and will appear as seemingly random as are the wearing of ribbons and pocket protector pants in The Giver. Biological differences between males and females have little to do with socially constructed forms of inequality except as distinctions used to justify them.

A Manual for Integrating Gender into Reproductive Health and HIV Programs: From Commitment to Action (2nd edition)

I want to change culture.